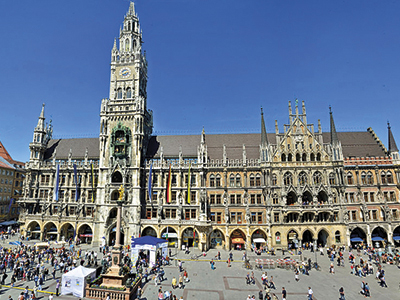 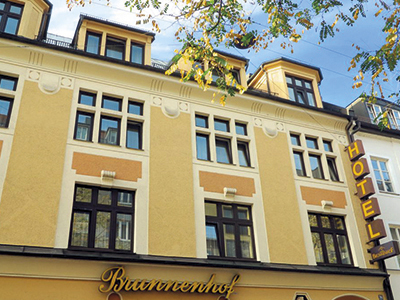 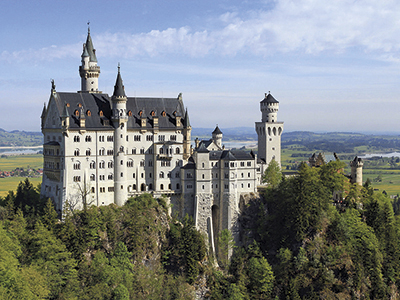 The cityscape of Munich is characterized by centuries-old buildings and
numerous museums. The Bavarian capital is known for the annual Oktoberfest and
its beer halls including the world-famous Hofbräuhaus, which opened in 1589.

From Munich it is only a short drive to the Bavarian Alps and their famous castles
”Neuschwanstein”, ”Herren­chiemsee” and ”Linderhof” built by King Louis II.

At Hotel Brunnenhof you spend the night in the heart of Munich. Marien­platz,
Viktualienmarkt, Central Station, the Museum Quarter or the worldfamous
”Oktoberfest” – everything is in walking distance. The hotel is in a traffic-calmed location
in a vibrant district, in which the city shows its most colorful and diver­se face.
Even so, the classic single and double rooms for couples, individual and business
travellers or the shared rooms for families and groups are absolutely quiet.
Wifi is available in all rooms and public areas of the hotel.

By the way: the hotel is DUNITAL certified and has many wheelchair accessible rooms,
four of them with an electric nursing bed. The bathrooms have a roll-in shower.
A dis­abled parking space is avaiable upon request.
The rooms are equipped with a flatscreen- TV and phone.

Other dates are upon request available.

You can combine this city break with another cities or a beach holiday in Europe.

We organize also flights and the wheelchair accessible airport transfer. Please do not hesitate to ask us for the rates.